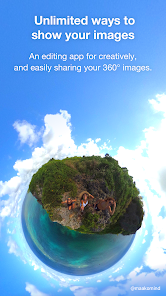 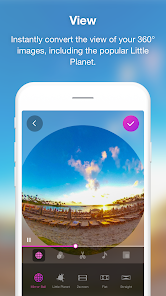 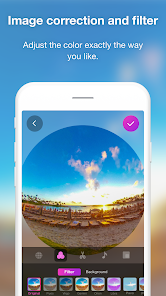 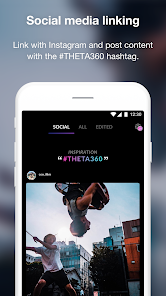 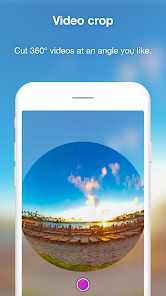 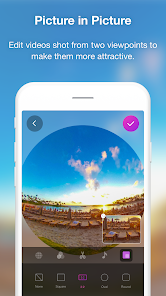 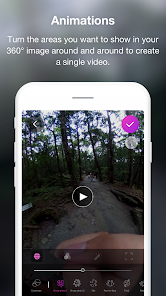 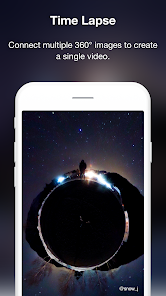 Using THETA+, you can crop and edit 360° images freely after shooting them.
Not only you can view these images easily but also present creative and new expressions conventional cameras cannot provide.
You can share edited images and videos easily on Instagram, Facebook, and other SNS.

・Animation functions to share rotated images in a non-360° environment
You can create an animation from a still image by drawing close or pulling in a 360° image and rotating it. Also, you can freely specify a section you want to present, its motion and speed. Since the image is saved as a video after being edited, you can share a 360°-rotated image in a non-360° environment.